Worth the price. One of the greatest if not the greatest book about the development of the Jeep. A wealth of information and previously unpublished pictures, definitely a scholar masterpiece.

WARBABY is several books under one cover. Best of all it is an exciting narrative with compelling characters in a variety of rapid-fire dramatic situations. It chronicles as much of the factual history of the original jeep development as is known, but it also considers the historical significance of the events when the military industrial complex was just getting its foothold. This volume should be required reading for those interested in industrial design, showing as it does how promotion is as important as engineering. 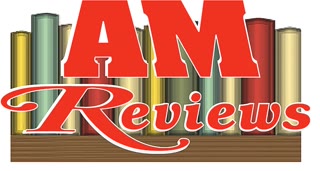 For modern restorers, there are substantial color sections showing contemporary restorations, recreations and ephemera. The book is a ready reference for names, dates, numbers and locations.

The Bantam story here falls unofficially into two parts. The first reads like a feature movie script; based on a scenario where the ‘Little guy’ overcomes huge odds to win the prize. It is a story of creativity, bravura, long odds and unlikely characters that just met deadlines. It ends with the unexpected delivery of a tactics-changing machine of world-shaking significance.

Bantam was not so much a car company as it was a band of men coming together, each with a special skill, to ‘Get it done.’ As a result, it took only three months to go from ground zero to the delivery of the first jeep!

After its introduction, it took the government close to a year to make a real purchase! The story about that is interesting for its drama and intrigue.

The appearance of the Bantam pilot vehicle caused an immediate scramble that involved numerous hugely complicated, varied and shadowy interests – public, private and individual – all contending to grab the prize the Bantam crew had created.

The big rearmament money made available at this time went to a handful of huge companies and their subsidiaries, while small concerns like Bantam were liquidated or absorbed, a fact not often pointed to in histories describing the Arsenal of Democracy. Even the most avid jeep aficionados will find a wealth of interesting new details here.

The bibliography relies chiefly on original, contemporary sources rather than selected material from more recent accounts, and the actual words of the people involved are copiously quoted.

Without spoiling the story, we learn that Karl Probst was not the Father of the Jeep and find that Roy Evans had little to do with it either. Bantam, it is suggested, was too small because it was kept small by the QMC (Quartermaster Corps) and possibly because of a petty personal vendetta.

The author concludes that the jeep was created in spite of, not because of the QMC. The early and crucial intervention of the Chief of Staff and the Secretary of War is explained and shows that the jeep was always going to be a Bantam, beginning if not with the Austin 7, certainly with the ‘33 American Austin open pick-up. The implication is also that the jeep owes as much of its DNA to midget dirt-track racing as to military vehicles.

No official tally sheet is provided, but a careful reader will find it suggested that in contributions to the promotion and creation of the original WWII jeep, it was the Bantam staff that did the heavy lifting.

Spear’s long awaited Bantam history; WARBABY, has been worth the wait! It either clears the air, or opens the debate on all of the vagaries, uncertainties and loose ends we have about where and how it all began.

It is well organized, beautifully printed and professionally laid out; making it easy to sort, pick, and choose the level of detail desired. Technical interludes are covered in numerous epilogues and appendices, so as not to spoil the flow of the narrative, which is thoughtful and lightly sprinkled with dry asides. WARBABY will certainly be around for a long time.

Availability of the limited original volumes is understood to be dependent on printing and international shipping variables and may or may not be shipping at the time of this review. If not, a copy can be reserved in advance.

Today I received Bill Spear’s new book, WARBABY: The True Story of the Original Jeep. In it Bill explores the history of the first jeep, the Bantam BRC in detail. The book looks beautiful, full of text and photographs. I can’t wait to dive into it; and at 400 pages, there’s plenty to explore!

Review by Fredrick Coldwell from G503

This book is fantastic reading for anyone interested in learning about the true origin of the very first Bantam ¼ ton 4×4 car that became known as the jeep. The story is as compelling as it is fresh and informative. Owning this book is the second best thing to owning an actual Bantam BRC. Bill, thanks so very much from all us dreamers!

There perhaps aren’t too many people as or more qualified to chronicle the history of the Bantam Reconnaissance Car and the origins of the Jeep than William Spear.

Read more at Bantam goes to Holabird: The test that convinced the Army of the Jeep’s potential.